Developing your power and influence

During our Discovery in Action sessions the issue of power and influence often emerges during discussions.  This can be in the context of leading staff, managing up or influencing and leading peers and stakeholders inside or outside the organisation.  An interesting question we sometimes explore, especially when people feel they don’t have a great deal of power, is: Where does your power come from?  This often elicits a deeper understanding of how you can become more influential by drawing on a range of ‘power bases’ that don’t necessarily derive from organisational position or authority.

We have captured these in this simple info-visual – 7 ways to leverage power. 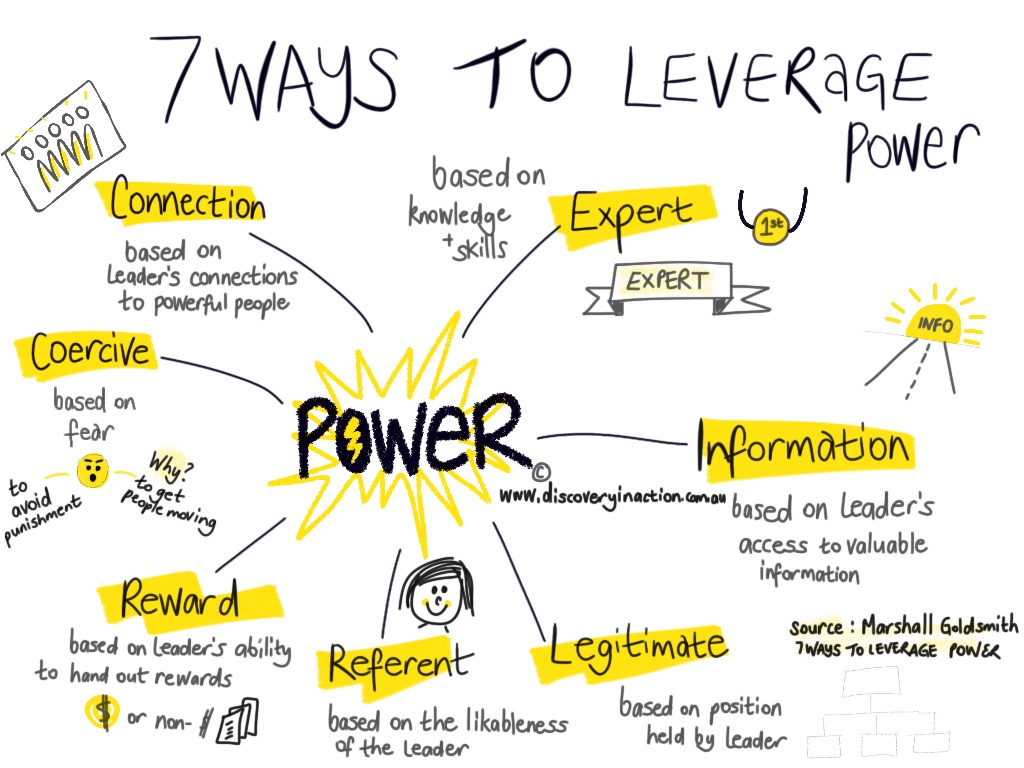 What is particularly interesting, as discussed in the short video, is that the most effective 3 power bases are identified as Legitimate, Referent and Expert.  Now the first of these is relatively obvious i.e. positional power.  However the other two are particularly important when exploring influence where you may have very limited positional power but you need to get things done with and through others.  These two power bases of Referent and Expert are highly consistent with a well-known article published by Jay Conger in the Harvard Business Review entitled the The Art of Persuasion (HBR May-June 1998) where he discussed two critical ‘credibilities’ of effective persuaders:

It is also consistent with the work of  Robert Cialdini in his seminal 1984 book Influence: the Psychology of Persuasion where he identifies authority and liking as two (of 6) critical influence patterns.  (click here to see a post on these persuasion principles.)

Again, like most things, its not rocket science, however consistent attention and discipline over time will provide you with the leverage from these power bases that helps you to be influential.